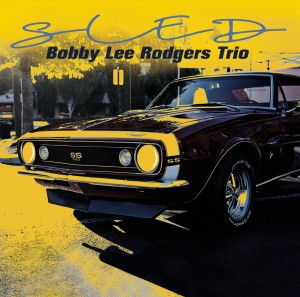 Stunning audiences of the Southern Jam scene with his blistering guitar work and prolific songwriting for the past twenty years, Bobby Lee Rodgers has honed his craft to its finest edge yet in his fun, funky, quirky new release, SLED.

Bobby Lee Rodgers is routinely referred to not only as one of the most brilliant, criminally underrated guitar players of our day, but a gifted songwriter as well. A career that started with playing with jazz greats while still in high school, Bobby’s styles and influences run across a broad musical spectrum. The skilled and sly musical chameleon that he is, Rodgers can be laid back and southern one minute and slide seamlessly into jazz standards or a powerful funk groove the next. With over ten studio albums to his credit and more than 200 original compositions recorded, one thing you can expect from Rodgers is never to expect the same thing twice.

With its thick grooves, rich textures and unique vocal styling, Bobby’s latest creation, SLED, lives up to his ability to surprise, delight and suck you into his quirky brand of Augusta Georgia inspired funk. Bobby’s hallmark, brilliant guitar work and a solid back beat combine with his quirky titles and lyrical storytelling to make SLED his most unique stylistic reinvention in years.

Body in the lake
Recorded and mixed at
EOT studios, Hollywood Fl.

SLED is performed, among others, by